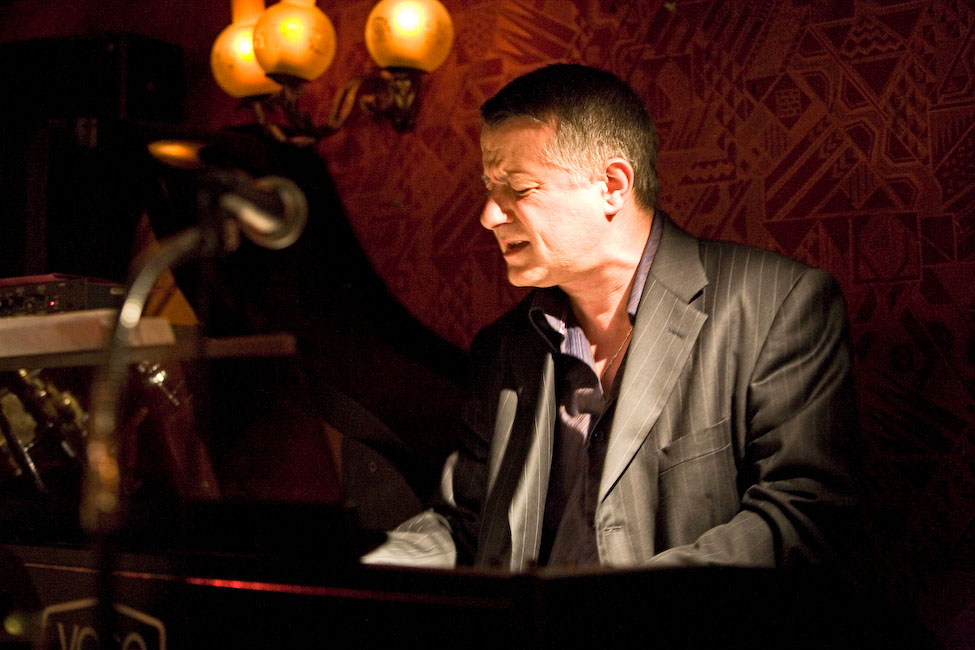 This eclectic group was thrown together in 2012 when documentary maker Christian Roux asked organist Philippe Petit to select a group of adventurous musicians who were prepared to take an unprecedented trip into the untamed depths of the Amazon in Venezuela.

The chosen musicians would not be given any advance details of where they would travel, whom they would play with or where they would sleep and, for entire length of the tour, they would be filmed every step of the way… so it was important that the individuals not only be personally up to the task, but that they would also get along in close confines for the duration of the adventure.

From amongst his numerous colleagues, Philippe Petit selected four fun and daring musicians: Sylvain Sourdeix (Soprano and Tenor Saxophones), Gilles Renne (Guitar), Jean-Luc Lopez (Drums) and Sydney Haddad (percussion) a combination he felt would allow for an inspired collaboration. The result was beyond what he could have imagined. Through its extreme challenges and trials, the five musicians formed a unique and profound bond, and all profess the experience of the tour to be life changing. It is therefore, not surprising that the project continues to be a “coup de coeur” after the release in 2013 of the documentary entitled “Venez Jouer Là”, meaning “Come and play here”: a French play on words that sounds remarkably like the country of destination “Venezuela”.

With influences of jazz and world and even a touch of rock, the indefinable sound and original repertoire of the group is inspired by their shared journey, and while the majority of the compositions can be credited to Gilles Rennes (guitar) and Philippe Petit (Hammond Organ), there is no doubt that the incredible energy, vitality and color of the music is a direct result of the diverse contribution of its individual members.

The live album “ Funky Ways” recorded in October 2014 at the Meridien Jazz Club in Paris is undoubtedly just the beginning of a musical and humane journey that these five musicians hope to share.